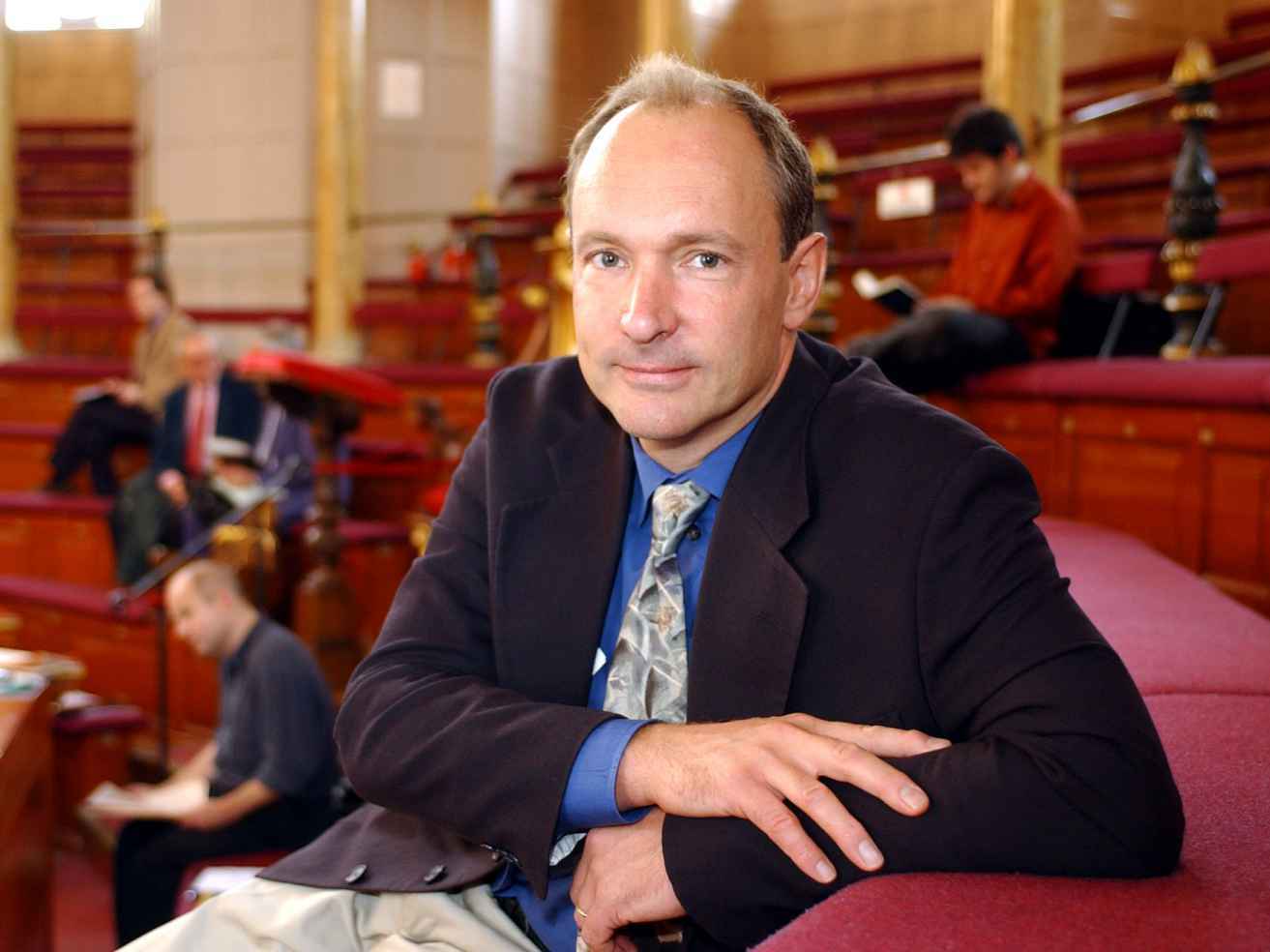 Sir Timothy John “Tim” Berners-Lee is a man working for the greater good. He’s the man most responsible for the World Wide Web, sometimes called the “Father of the World Wide Web.” But it was, indeed, a long road to get there.

As early as the 1960s, Douglas Engelbart produced the first hypertext system. Engelbart was also the inventor of the mouse. However, the term “hypertext” was not used until 1968 when it was coined by Ted Nelson.

Research that led to the Internet began in the early 1970s. Charles Goldfarb invented SGML in 1979. HTML (Hypertext Markup Language) used for the web, is an SGML application. It was also in the 1970s that Radia Perlman developed the spanning-tree algorithm which enables the Internet to retrieve information.

In 1981, project Xanadu is described as a networked, world-wide system for publication.

Berners-Lee’s parents were both mathematicians who worked on the Mark I, the world’s first commercial computer. He graduated from Oxford University with a Physics degree. He worked as a software engineer on distributed systems and message relays and then developed a multi-tasking operating system and typesetting software for printers.

He worked as a consultant at the Conseil Européen pour la Recherche Nucleaire (CERN). Today it is known as the European Particle Physics Laboratory but is still referred to as CERN. While he worked at CERN the first time, Berners-Lee developed the first hypertext language called ENQUIRE at that time. He used it to organize and track of the numerous projects going on at CERN and who was working on each project. It also kept track of software associated with each program and which computers each software ran on.

From CERN, Berners-Lee worked at Image Computer Systems as a Technical Design Lead. Here his work with graphics, real-time and communications software improved dot-matrix printers, enabling them to print a variety of advanced graphics.

By the time Berners-Lee returned to work at CERN, all of this previous knowledge and experience came into play. He proposed a project which included a networking system at CERN to enable its employees to share files and information via computer.

Enter Robert Cailliau. Cailliau had also submitted a proposal for the development of a hypertext system at CERN. With basically similar objectives, the two joined forces in an effort to get the web off the ground. Cailliau did a lot of the legwork – lobbying for funding and rounding up programmers – while Berners-Lee continued working on the hypertext language.

The first accomplishment of the two gentlemen came in the fall of 1990. Berners-Lee developed the first web browser on a NeXT computer. By Christmas of that year, he and Cailliau were communicating on the first web server in the world at info.cern.ch.

The first entry on the CERN website was a telephone directory for all CERN employees. This proved the Web to be a useful tool as employees kept the browser window open on their computer for easier access.

In 1993, Berners-Lee convinced CERN to provide a certification that the web technology and program code be in public domain, allowing anyone to use and improve it.

For his work and contributions to the World Wide Web, Berners-Lee was dubbed the “Father of the World Wide Web.” He was awarded the Albert Medal of the Royal Society of he Arts by Prince Philip, Duke of Edinburgh. He was also dubbed a Knight Commander, Order of the British Empire (KBE) by Queen Elizabeth II, thus his title of Sir Timothy Berners-Lee.

Though it took close to twenty years to develop the first Internet browser and World Wide Web connection, it is difficult today to imagine life without this technology. It is estimated that there are over 80 million websites and hundreds of millions of users.[2]

“There was a time when people felt the internet was another world, but now people realise it’s a tool that we use in this world,” Berners-Lee has said. [3]

Berners-Lee’s worked also spawned a number of organizations which keep tabs on standards and advances on the operations of the World Wide Web.

W3C
The World-Wide Web Consortium keeps members (organizations and companies, no individual members) up to date on everything from advance information to participation in the development of the standards and protocols on the web. Berners-Lee has served as Director of W3C.

Web Society
A society for individual users of the Web.

Berners-Lee is also a Director of the World Wide Web Foundation, launched in 2009 to fund and coordinate efforts to further the potential of the Web to benefit humanity.

He is also a founding Director of the Web Science Trust (WST) launched in 2009 to promote research and education in Web Science, the multidisciplinary study of humanity connected by technology.